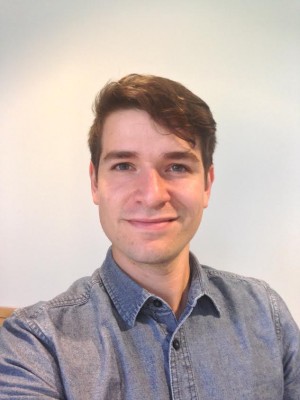 William Robinson is a PhD candidate in the Humanities program at Concordia University. He is on the board of the Digital Games Research Association and an active member of the Center for Technoculture, Art and Games, where he completed his Master’s thesis on the aesthetics of
game play in 2012. His theoretical work focuses on serious game design, the political-economy of game creation, media archaeology, digital humanities, e-sports, toxic gamer culture and procedural rhetoric. His art practice deploys strategy games as political arguments. His doctoral work on Montreal’s early 20th century labour movements explores the possibilities for game design, as historiographical research-creation.