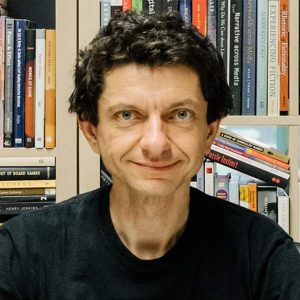 Marco Arnaudo, PhD is a Professor at Indiana University, Bloomington, where he teaches about games, comics, military studies, and Italian culture. He is the author of several books, including Storytelling in the Modern Board Game (McFarland, 2018). He designed several tabletop games. His most recent game is Four Against the Great Old Ones (Ganesha Games, 2020). He reviews board games on his YouTube channel MarcoOmnigamer, which has 21,000+ subscribers. Other interests of his include martial arts, carnivorous plants, and jigsaw puzzles. 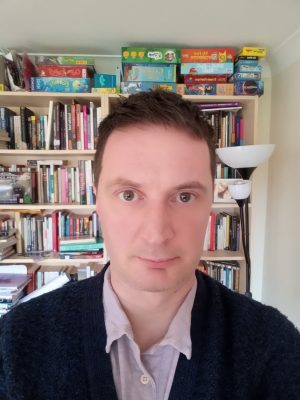 Jonathan Evans, PhD is Senior Lecturer in Translation Studies at the University of Portsmouth, UK. He is the author of The Many Voices of Lydia Davis (2016) and co-edited The Routledge Handbook of Translation and Politics (2018). His research interests focus on the global circulation of film and non-hegemonic ideas. He is CoI on the Arts and Humanities Research Council (UK) funded project “Translating for Change: Anglophone Queer Cinema and the Chinese LGBT+ movement.” 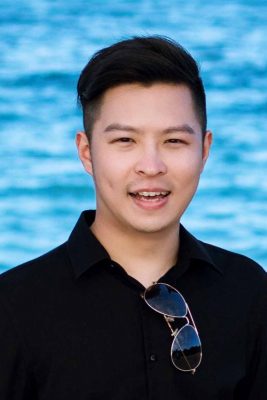 Ke Jing is a game developer, software engineer, and PhD candidate in the Department of Informatics at the Donald Bren School of Information and Computer Sciences at the University of California-Irvine. His dissertation examines the emerging best-practices of interaction design for Extended Reality (XR) platforms by studying XR games. Ke is one of the developers of the XR Interaction Toolkit for the Unity Engine. He is dedicated to the movement of VR, AR, and hybrid physical-digital games and interaction platforms by empowering content creators with knowledge and tools. Ke likes playing escape rooms, mystery murder games, and MMOs with friends. 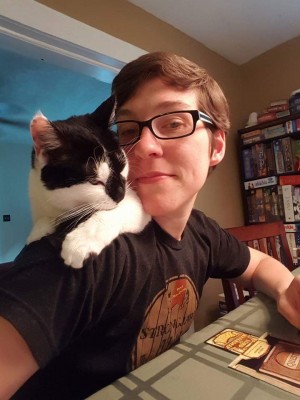 Shelly Jones, PhD is an Editor at Analog Game Studies and an Associate Professor of English at SUNY Delhi, where she teaches classes in mythology, literature, and writing. She received her PhD in Comparative Literature from SUNY Binghamton. Her research examines analog, digital, and role-playing games through the lens of intersectional feminism and disability studies. 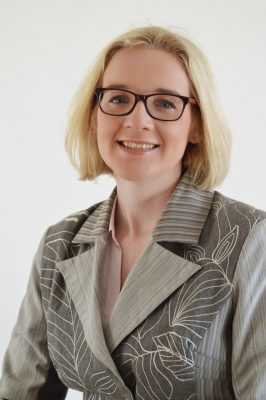 Laura Mitchell, PhD is an independent scholar with a PhD in management (organization studies) from Lancaster University and is an executive board member of the Standing Conference on Organizational Symbolism (SCOS). She has published work on how our social roles affect the attribution of dignity and value in organizations, and works on games as spaces of role performances and organizational culture. She is a player and organizer of live-action roleplay events, as well as co-founder of UKLARP.org and director of her own training & consulting firm, Seriously Learned. 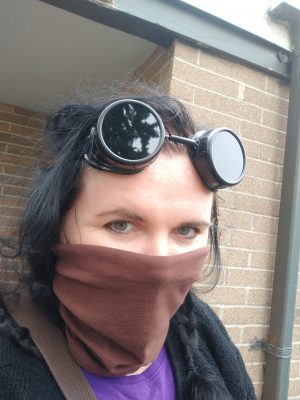 Tanya Pobuda is an Editor at Analog Game Studies and studies board games, communication, serious games and simulation in higher education, training and communication at the Ryerson University and York University Communication and Culture Doctoral Program. She holds a Master’s of Professional Communication (MPC) at Ryerson University and has a Bachelor’s of Journalism, High Honours from Carleton University. Ms. Pobuda has had a 24-year professional career in marketing and communications, beginning her career as Toronto-based technology journalist and news editor. A licensed drone pilot, artificial intelligence and mixed reality practitioner and board games scholar, she lives in a home with thousands of tabletop and video games. She can be found on BoardGameGeek at https://boardgamegeek.com/user/TPOE.

Enrique Uribe-Jongbloed, PhD is professor and researcher at the School of Social Communication and Journalism, Universidad Externado de Colombia. He has dedicated much of his life to playing table-top RPGs, reading comics and watching television, and in his academic persona, Enrique has written extensively on those three topics.