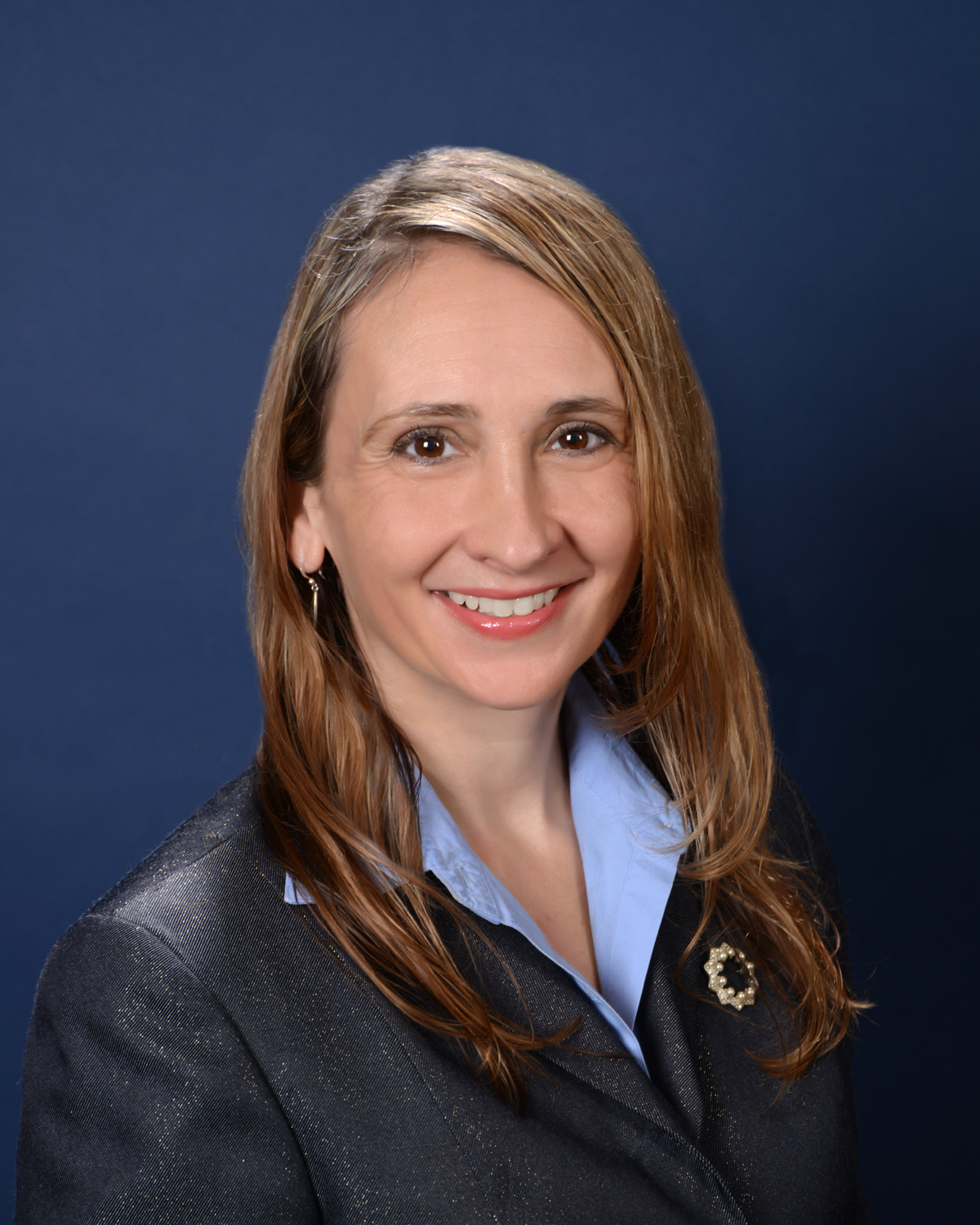 Maury Brown is a games scholar, educator, publisher, and a participatory experience designer, writer, producer, and consultant. She is the president of Learn Larp, LLC the live-action roleplay company behind the destination larp New World Magischola. She is also the designer of the destination larps Immerton and Beat Generation, co-designer for Inside Avernus, and has written several other parlor larp scenarios and larps for educational purposes. She consults with schools, museums, and non-profit agencies to bring participatory design into their curricula and events. She is currently a PhD Candidate from Old Dominion University, where her research focuses on roleplay as a way to explore — and transform — societal norms. 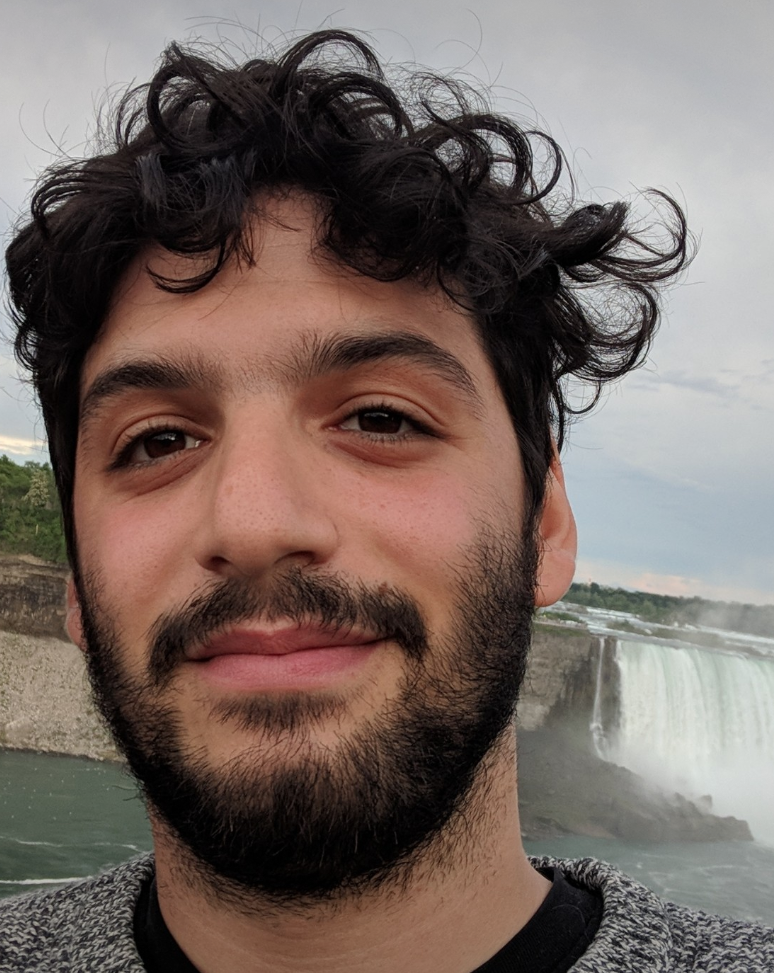 Alex Chalk is a PhD student in Communications and Culture from Toronto, Canada. He is investigating the role of streamers and other intermediaries on the shifting field of RPG culture. His MA research focused on the role of narrative and affect in “walking simulator” games. His enormous orange tabby is named Bil, which is short for Bilbo.

Steven Dashiell is a PhD candidate/ABD at the University of Maryland Baltimore County (UMBC) in the Language, Literacy, and Culture department. His dissertation research investigates discursive constructs and cultural identity of male college students who were in the military. His research interests involve the sociology of masculinity, popular culture, narrative analysis, and linguistic anthropology. He has presented his work at several conferences, including the Popular Culture Association, the American Men’s Studies Association conference, Eastern Sociological Society meeting, and the American Sociological Association. Beyond the military, Steven actively researches male-dominated subcultures. He can be reached at steven.dashiell@umbc.edu. 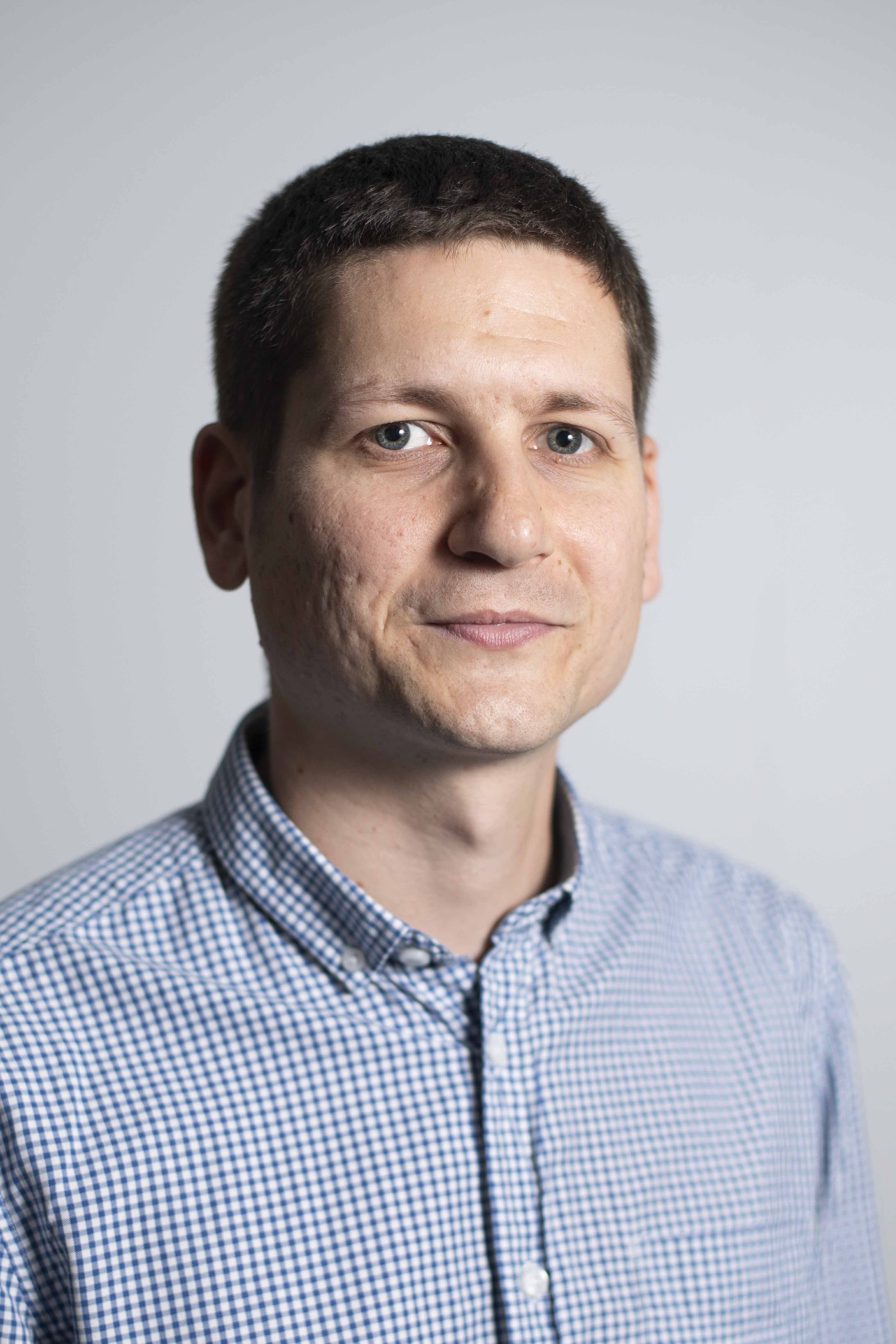 Dale Leorke is a Postdoctoral Researcher at the Centre of Excellence in Game Culture Studies at Tampere University, Finland. His primary research interests include the role of games and play within urban policy, mobile and location-based games, and how social interaction and isolation unfold through play. He is the author of Location-based Gaming: Play in Public Space (Palgrave, 2018). His most recent publications can be found at: https://uta-fi.academia.edu/DaleLeorke. 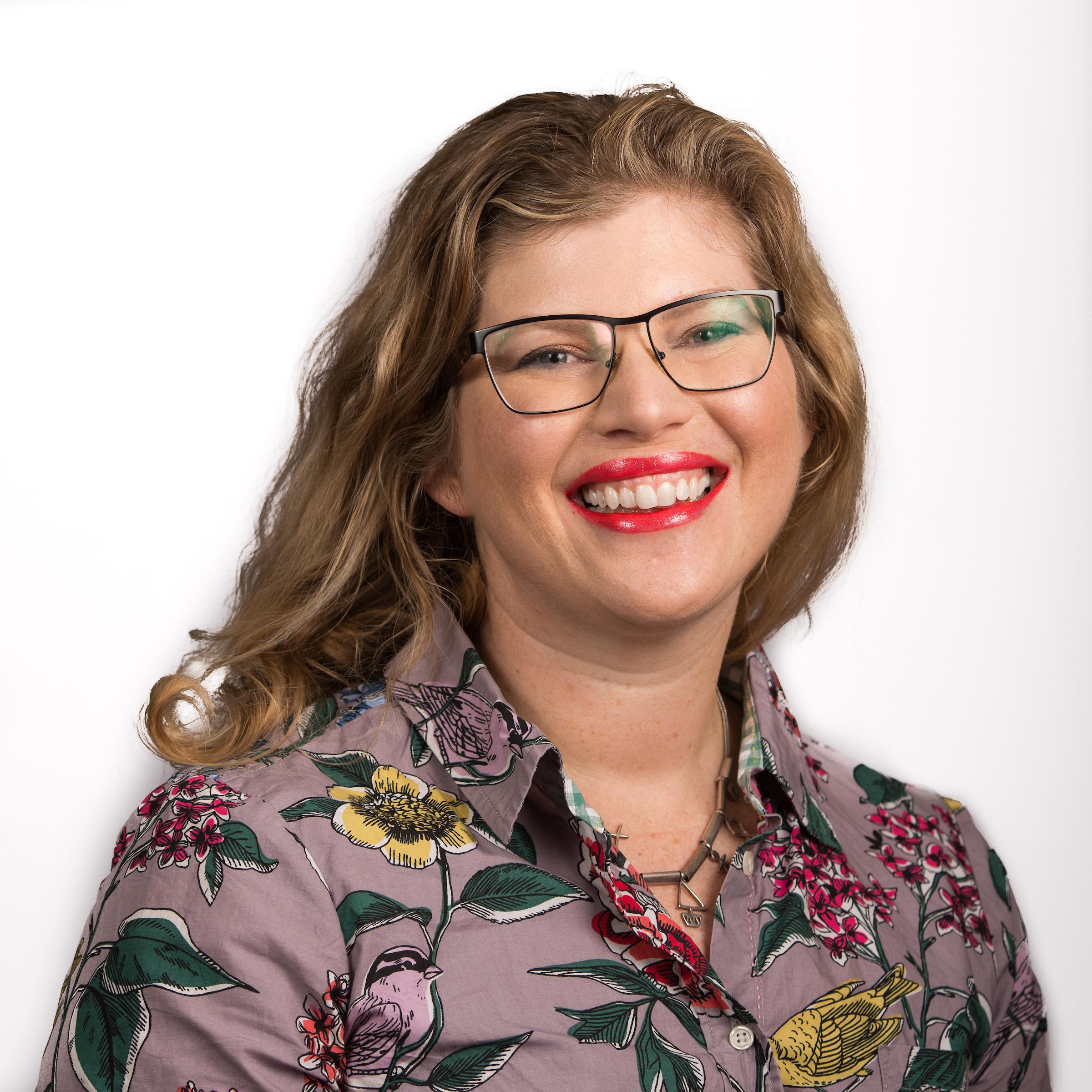 Abby Loebenberg, PhD is an Honors Faculty Fellow and Senior Lecturer at the Barrett Honors College at Arizona State University.  She has a PhD in Social and Cultural Anthropology from the University of Oxford. She has published peer-reviewed articles on virtual space and play, childhood collection, playground trading and economies and on recovery of place after Hurricane Katrina. Her current research interests include the study of friendship and the use of simulations and games as part of pedagogy in higher education. Professor Loebenberg is active in the area of play-advocacy and participates in research networks in childhood and in the study of play. 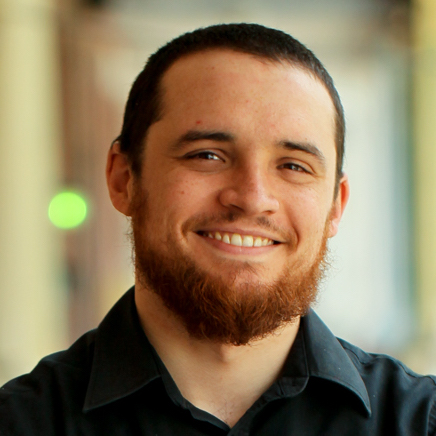 Greg Loring-Albright is a student in the Communications Culture & Media PhD program at Drexel University in Philadelphia, PA. He makes tabletop and pervasive games, most recently “Leviathan,” published by Past Go Play, an asymmetrical card combat microgame inspired  by “Moby Dick.” Find him on twitter @gregisonthego participating in coffee- and gaming-related chats. 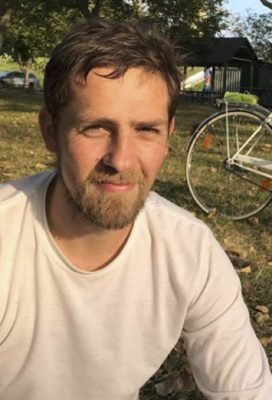 Adriaan Odendaal comes from an academic background in sociology and visual studies. He has over three years professional experience in digital marketing, copywriting, and multimedia design. Currently, he is completing his MA in Media Arts Cultures, working with Karla Zavala on a joint-thesis on the topic of algorithmic literacy. During this program, he has done academic work in software studies, media arts, and game studies, as well as having presented a speculative-design project at the 2017 NIME conference in Copenhagen and the Ars Electronica Festival in Linz together with Karla Zavala. 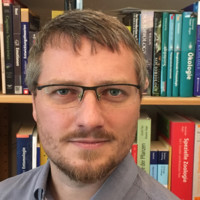 Steffen Pielström, PhD studied Biology and currently works as a
Coordinator for the European research infrastructure project DARIAH at Julius-Maximilians-Universität Würzburg, teaching in the university’s Digital Humanities program. He has published on sociobiology and quantitative text analysis; his current research interests include stylometry and 19th century professional wargaming. 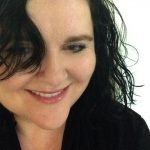 Tanya Pobuda studies communication, serious games and simulation in higher education, training and communication at the Ryerson University and York University Communication and Culture Doctoral Program. She holds a Master’s of Professional Communication (MPC) at Ryerson University and has a Bachelor’s of Journalism, High Honours from Carleton University. Ms. Pobuda has had a 24-year professional career in marketing and communications, beginning her career as Toronto-based technology journalist and news editor. She is a member of Toronto-based Dames Making Games, and is the co-founder and editor of the Canadian content movie and television website Geek vs Goth. She lives in a home with hundreds of table-top and video games. She can be found on BoardGameGeek at https://boardgamegeek.com/user/TPOE or at her projects website https://tanyapobudaphd.com/ 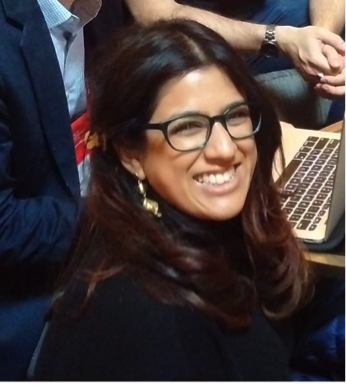 Farah Qureshi is a PhD student and research assistant at UC Irvine, working both with the Institute of Money, Technology, and Financial Inclusion (IMTFI) and on a cryptocurrency and Blockchain collaborative research database based at UC Irvine. She received her M.Sc. from the University of Oxford and B.A. from the University of Warwick, and previously worked with money and treasure collections at the British Museum. Her research is on the social impact of financial technology innovation and implementation in Kenya. 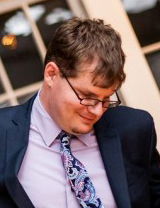 Jonathan Walton is a Katzin Scholar and PhD candidate in Communication at UC San Diego, where his research focuses on the intersection of imagination, ethics, and the technocratic administration of human life. He previously worked for 7 years in the policy world, focusing on Chinese policing and religious policy. He is an active indie game designer and publisher, having been featured at the IndieCade festival and in the annual Indie RPG Awards. 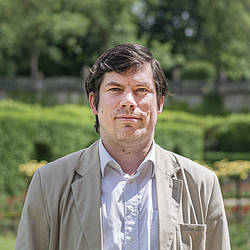 Jorit Wintjes, PhD, PD studied Classics and History and currently works as a Senior Lecturer in the History Department at
Julius-Maximilians-Universität Würzburg, teaching in both the
university’s History and Digital Humanities programs. He has published on ancient and 19th century military history; his current research interests include Roman naval history as well as the history of professional wargaming. 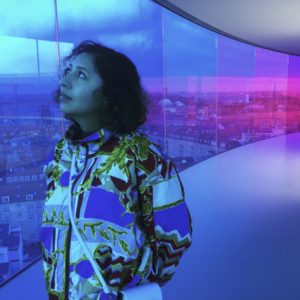 Karla Zavala is a social communicator with specialization in communication for social development, and digital marketing. She has six years of work experience digital platforms, social media and UX design experience. Currently, she is following an MA in Media Arts Cultures, completing her joint-thesis on algorithmic literacy and software studies with Adriaan Odendaal. She has presented papers in the topics of post-digital aesthetics, game studies, and creative industries in Europe and Latin America, as well as an speculative-design project in Ars Electronica (2017) and NIME Copenhagen (2017).