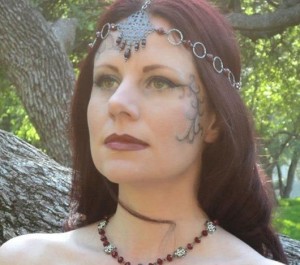 Sarah Lynne Bowman, PhD, teaches as adjunct faculty in English and Communication for several institutions including The University of Texas at Dallas. She received her B.S. from the University of Texas at Austin in Radio-TV-Film in 1998 and her M.A. from the same department in 2003. She graduated with her PhD in Arts and Humanities from the University of Texas at Dallas in 2008. McFarland Press published her dissertation in 2010 as The Functions of Role-playing Games: How Participants Create Community, Solve Problems, and Explore Identity. Bowman edits The Wyrd Con Companion, a collection of essays on larp and related phenomena. Her current research interests include applying Jungian theory to role-playing studies, investigating social conflict in role-playing communities, studying the benefits of edu-larp, and comparing the enactment of role-playing characters with other creative phenomena such as drag performance.

One thought on “Sarah Lynne Bowman”