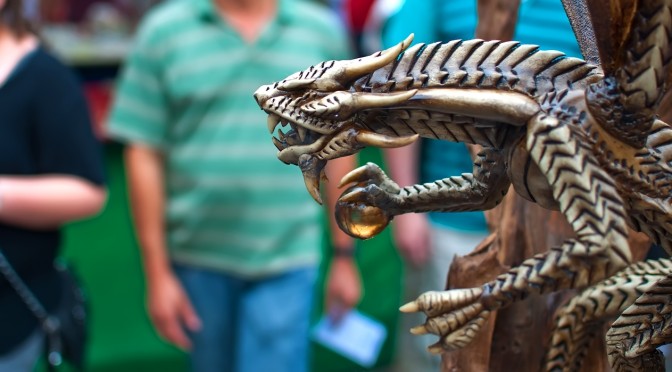 The Role-Playing Society: Essays on the Cultural Influence of RPGs (McFarland, 2016) represents a crux point in the relationship between academia and role-playing games.  Rather than attempting to take a more urbane view of role-playing through various disciplines, the editors set the ambitious goal of measuring the influence of role-playing on culture, a “variety of essays that illustrate RPG’s [role-playing games’] broad appeal and impact.” What was once a random, odd game of pen and paper is today one of the most influential games in the contemporary world. The impact of role-playing games on the social world is staggering in scope and while the book valiantly attempts to explore this thesis, it manages just to scratch the surface through a somewhat uneven set of essays revolving mostly around topics of history, education, and pedagogy.

The Role-playing Society is a collection seeking an audience. While some essays suggest an audience of readers who aren’t a part of the role-playing world, others assume readers have a experience with role-playing games.  Some of the works are cloistered within the language of their discipline with references to theory and concepts that are specific to their particular fields.  Other essays are engaging and easy to read: a perfect introduction for individuals new to role-playing studies, yet comprehensive enough to interest those already in the field. The historical accounts, specifically in the first section, are reminiscent of Michael Witwer’s Empire of Imagination: Gary Gygax and the Birth of Dungeons & Dragons, immersing readers in the culture of a gaming world. A few of the more scientific essays present themselves as research and analysis but do not provide sufficient data to support their claims—leaving me with questions about their data sources and methodology.  Still other essays deal with the field of education. The second section includes tips on many “best practices” in education and role-playing, much like the book Simulations and Role Play in University Education. Despite the book’s heavy engagement with education, the collection is heavily humanistic. I would have been interested in reading more essays from other sectors of the social sciences like sociology, or political science.  There is a sense that the book is trying to be the spiritual successor to Gary Alan Fine’s Shared Fantasy: Role Play as Social Worlds. Unfortunately, The Role Playing Society’s interdisciplinarity leads to a somewhat disjointed analytical terrain, where Fine’s sociological background helped to ground his book within a coherent analytic scheme.  Unlike Sarah Lynne Bowman’s book, The Functions of Role-playing: How Participants Create Communities, Solve Problems and Create Identity, The Role-playing Society centers itself on the larger implications of role-playing games rather than their effect on the individual. In short, it tells the story of how role-playing games are culture, rather than how they create culture. 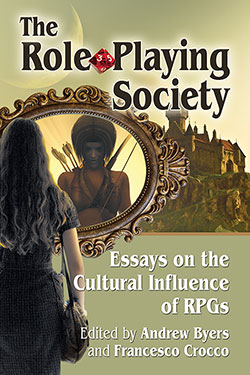 Front cover of Andrew Byers and Francesco Crocco’s book The Role-Playing Society: Essays on the Cultural Influence of RPGs.

The Role-Playing Society focuses on Dungeons & Dragons and is broken down into three sections.  The first section, “The Players Guide” provides a basic understanding of the cultural context that early role-playing emerged from.  The current construction of role-playing games, and Dungeons & Dragons in particular, is very much a result of a social fear faced in the early years of its development—this fear is referred to here as a “moral war” and is very much visible in all of the essays.  The first section places the reader in the center of this social maelstrom, evoking nostalgia for those of us who lived through it, and a history lesson for those who did not. The second section, “The Tome of Knowledge”, contains essays about use of role-playing games in educational settings.  The essays are informative for those who use role-playing games in the classroom. The third section, “The Book of Change”, looks at social change and how role-playing games have played a part in this.  We get to see how much role-playing games are a part of our social reality, and how they can be much more. Finally, part four, “The Manual of Play: Seeding New Avenues of Gaming,” offers insight as to the different sorts of games which developed from Dungeons & Dragons.

The first section, “The Players Guide: The Psychological and Cultural Impact of a Game Genre”, starts with Andrew Byers “The Satanic Panic and Dungeons & Dragons: A Twenty-five year Retrospective.”  Byers provides a clear picture of the circumstances involving the moral indignation surrounding the game, wisely framing it in the reality of the 1980’s. He frames role-playing games within the context of technological development and population expansion, finding connections to widespread social concerns about the safety of children. One limitation of Byer’s  history is the intimation that Dungeons & Dragons persists due to its resiliency. While it is true that Dungeons & Dragons did persist and grow, outliving the “panic,” it is worth noting the capitulation the game made in order to quell fears of mysticism and devil worship.  For example, when TSR released Advanced Dungeons & Dragons second edition, the company completely sanitized the game of devils and demons, and changed the name of the Deities and Demigods supplement to Legends and Lore.

Tim Bryant’s contribution, “Building the Culture of Contingency: Adaptive Choice in Ludic Literature from Role-playing Games to Choose Your Own Adventure Books,” shows how role-playing games were impacted by the culture of the 1980s. He argues that the nuclear age instilled a “this or that” choice for most, reinforcing a clear right and wrong answer. Bryant surmises that this behavior plays itself out in many games of that time: role-playing games, Choose Your Own Adventure books, and computer games all partially reflecting this logic. 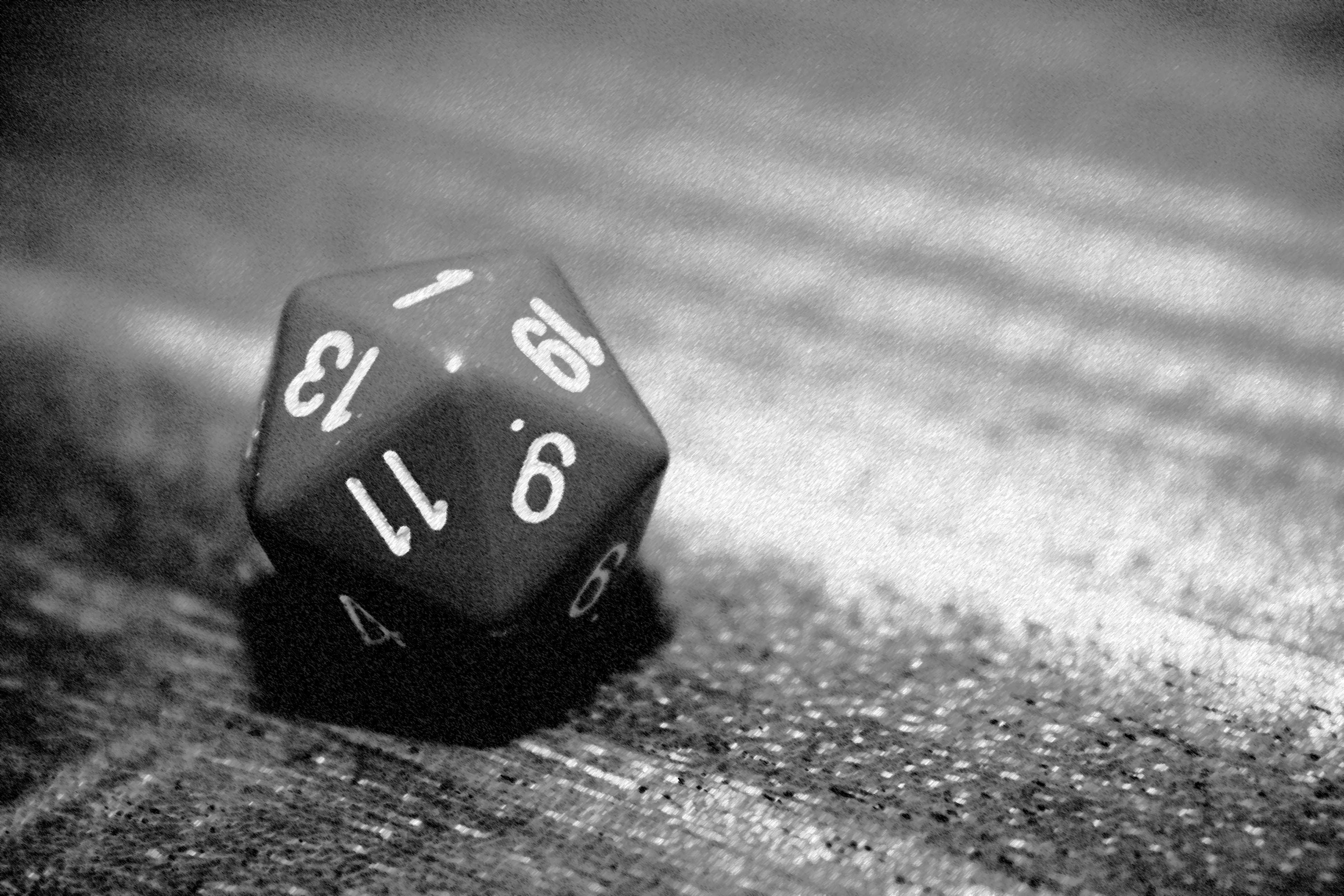 Part two of the book, “The Tome of Knowledge: Playing to Learn in and across the Disciplines”, is intended for educators inclined to introduce students to the world of role-playing.  The essayists assert that role play can be a functional tool that can help in the process of knowledge acquisition.  Jonathan Bradley’s piece, “Do you want to be Dr. Frankenstein or Edna Pontellier?: How Getting into Character Enhances Literary Studies” discusses the potential of turning works of literature into role-playing modules—linking them with tools that allow students to become the characters they read about.  By designing literature characters as player characters, students have the ability to “get into the head” of those they read about, thus gaining a deeper understanding of motivation. The essay “Playing Between the Lines: Promoting Interdisciplinary Studies with Virtual Worlds” considers how educators could bring lessons and texts out of the book by incorporating them into pre-existing systems such as Second Life and RPG Maker.  While these essays both show how these methods can work in the classroom, I wonder if the organizational work that is necessary to operationalize these projects in the classroom has been downplayed in the pieces.  Fortunately, Bradley provides an appendix that helps readers see the end results of his work.  It goes a long way in showing results that can aid readers in turning the theory of the essay into practice.

Part three, “The Book of Change: Enacting Social Transformations”, discusses how role-playing  games can be a tool of social change in contemporary culture. Antero Garcia’s essay “Teacher as Dungeon Master: Connected Learning, Democratic Classrooms, and Rolling for Initiative” re-imagines the structure of the modern classroom, moving from a dictatorial and authoritative model to something more democratic.  In re-imagining the teacher as “Dungeon Master,” Garcia creates a social world where the teacher serves more as a storyteller rather than a draconic authority figure. The essay shows how role-playing games can present reality in a manner that encourages input and collaboration. Joseph Meyer’s essay “Leveling Influence: Klout and the Introduction of Social Leveling” considers Klout, an online system that measures one’s social “level” or position in contrast with the importance of levels in various games.  The author looks deeply at the leveling process in Dungeons & Dragons, and compares it to the system operationalized in Klout.

Part four, “The Manual of Play: Seeding New Avenues of Gaming” looks at the different forms of gaming that have evolved out of Dungeons & Dragons. Kai-Uwe Werbeck’s “Shapers, Portals and Exotic Matter: Living Fiction and Augmented Reality in Google’s Ingress” takes a stark look at how the smartphone game Ingress has been heavily impacted by role-playing game culture. For Werbeck, the quest is a key similarity between Dungeons & Dragons and Ingress. Cathlena Martin and Benton Tyler discuss the other post-RPG gaming explosion, card and board gaming, in their essaying “Descent to Munchkin: From Pen and Paper to Board and Card.” The authors show how these games borrow just enough from role-playing games to instantiate their own genre without becoming a role-playing game with a board. Finally, Francesco Crocco considers the effects of gamification on curriculum design. The author notes certain aspects of gamification that are already occurring (such as levels and badges in Blackboard) argues that because participatory learning means greater gains, gamification should be a major goal of education the future. 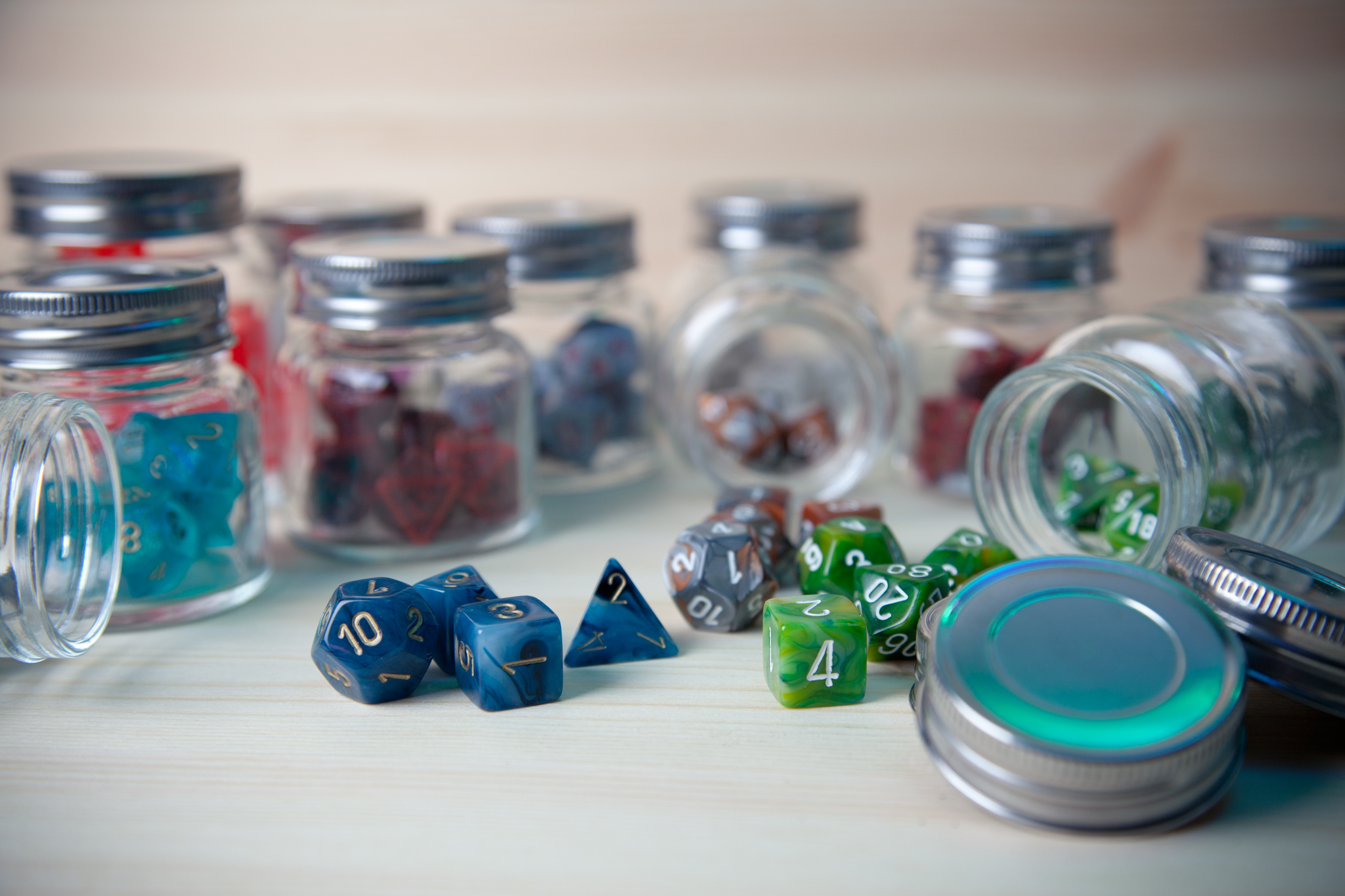 Image by Thomas Dippel CC BY.

The book does not end with an effort to bring all the disparate ideas together, a weakness given how well the introduction served to frame the history of role-playing games and their positioning in popular culture. Further, more than a third of the essays in the book discuss education. In this sense, the collection’s ambition to consider the “cultural influence of RPGs” seems out of place. The book relates more to the educational impact of role-playing games than the other cultural components affected by the phenomena.

In summary, for those interested in a wide-ranging and education-focused discussion of role-playing and its cultural influence, this book could be useful.  Those new to development of the cultural timeline of Dungeons & Dragons will find much to enjoy in this book—virtually all the essays touch on the history and tumult surrounding role-playing games. The works are expansive enough to clearly explain their theses, but clear enough to not overwhelm the reader. Overall, this is a book for educators who wish to expand their knowledge of role-playing games and enthusiasts who desire better to round out their knowledge base.

Steven Dashiell is a PhD student at the University of Maryland Baltimore County (UMBC) in the Language, Literacy, and Culture department.  His dissertation research investigates masculinity constructs and cultural identity of male students who were in the military.  His research interests involve the sociology of masculinity, popular culture, narrative analysis, and linguistic anthropology. He has presented his work at several conferences, including the Popular Culture Association, the American Men’s Studies Association conference, Eastern Sociological Society meeting, and the American Sociological Association. In addition to his doctoral studies, Steven works for Johns Hopkins University as a Research  Coordinator. Beyond the military, Steven has done research on Bronies, tabletop, computer, and card gamers.  He can be reached at steven.dashiell@umbc.edu.