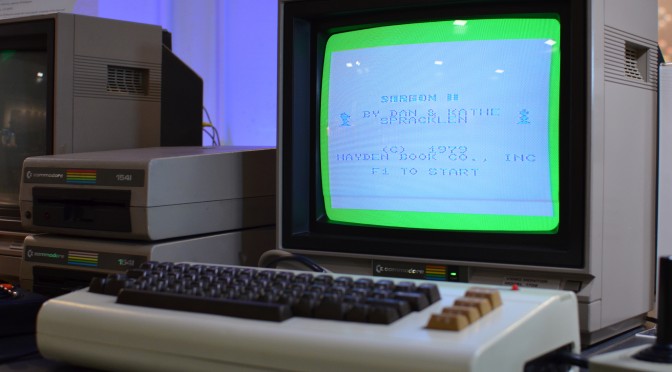 What do we mean when we say “the explicitness of rules?”1 Here, I do not so much mean that specific rules only exist when they are unambiguous, but rather that all players have the complete knowledge of the rules at their disposal. This makes so-called “classic games” different from computer games. In computer games, the rules can be opaque, as they are – as program code – not visible to the player. In those games, the rules are gradually made available to the player. When a player playing a racing game presses the Up arrow key and her car begins to accelerate, then she presumes the existence of a rule: the pressing of the Up arrow key lets the car accelerate. Through repeated successful attempts, she reinforces this knowledge. Indeed, it might now just so happen that the motor suddenly explodes, and then – in this case – that rule simply no longer applies. It is at this moment that the player refines the definition of the rule to herself: pushing on the Up arrow key lets the car accelerate, except when the motor has exploded. Furthermore, she might imagine further exceptional cases: a flat tire, or an oil slick. Within a process virtually paradigmatic for all video games, a player gradually figures out the rules system as she plays. Ulrich Schädler describes such games as inductive:

“Here the issue isn’t executing specific game moves based on known moves, but rather learning to find one’s way in the game based on the consequences of one’s own choices.”2

Schädler’s differentiation between inductive and deductive games corresponds with Jesper Juul’s differentiation between games of emergence and games of progression.3 Classic games are purely emergent, meaning that the requirements and the appeal of the game do not so much consist in deciphering the system (in terms of its functions), but rather having knowledge about the system from the outset and then using this knowledge in a clever way. Games of progression obviously require the continuous deciphering of new functions within the game.

Whereas computer games tend to give an impression of contingency – in the sense of arbitrariness – one encounters mere probabilities in classic games. What is the difference? Events of probability and events of contingency are different from each other in terms of the possible occurring events each permits, as well as the expectancy values they yield. The possible results of a six-sided die throw, for example, are the results: 1, 2, 3, 4, 5, or 6. Their expectancy values each amount to 1/6. With a contingent event, on the other hand, the possible results as well as their probabilities of occurrence are simply less clear.

Let’s imagine a digital six-sided die. When you press a button, a number appears on the display. Now you don’t technically know in advance which results are possible, and with which expectancy values. When you see a “3” five times in a row, you might conclude that in 100% of all cases, the result of “3” would come up. But when the display showed the words “blue” or “no,” what would be the possible space for events? And what are the expectancy values?

As a consequence, there is a strong subjective component when appraising whether a game really implies contingency or mere probability. This is obvious in modern games, in which players draw action cards from a hidden card deck. The infamous game of Monopoly. “Monopoly” by William Warby @Flickr

If someone plays her first game of Monopoly (1936, 2014) the Chance and Community Chest cards will possibly surprise her, because she did not account for – and/or could have possibly accounted for – the occurrence of these kinds of special events in the game. Whether or not a game result is calculable or predictable is greatly dependent on the player’s knowledge. After a few games of Monopoly, the player will be able to recognize most of the cards and gets a sense of the kind of possible events; advancing spaces, going back spaces, getting cash, losing cash. Even when she does not concretely know all possible cards, unfamiliar new cards are no longer a surprise for her, because she has already learned the realm of possibility for events in the game. This preserves the balance of the game. When a player were to a draw card that said “You have just lost the game,” the game would have surprised this player with a deus ex machina. Because despite all the unpredictability that one can account for, the preservation of game balance appears in the form of a certain common sense. A game event like “Take 100 dollars from another player or take 1000 dollars from another player” is so nonsensical, that it is already certain beyond a doubt what – given “rational” play of the game – the player will choose to do. A game event like “Suddenly, all of the other players lose their houses and hotels due to an earthquake” would surprise players because it is an extremely powerful game event that also can ad hoc determine the game outcome. If there were to be a water main break which put three adjacent buildings out of action for a round, this would hardly surprise anyone, because this game event correlates in some abstract form to the player’s prior knowledge of games. It is also important to differentiate between the formal and the representative levels of a game event. After all, the event description might seem profoundly strange. Instead of a water main break, let’s say that the houses were instead occupied by Huey, Dewey and Louie, who have uncharacteristically threatened to shoot some hostages. The SWAT team needs a round, to eliminate the three terrorists. Almost no player would be able to account for a Monopoly game event with this description, despite the fact that the hostage situation mirrors the water main break on the formal level. Classic games distinguish themselves through the fact that the players already have knowledge about the possible game events as well as their expectancy values. They know which possible consequences are implied by their actions.

Many modern games, however, might be characterized as edge cases in this schema, especially if they have many different action and event cards that do not necessarily presuppose prior knowledge of their existence. The collectible card game (CCG) Magic: The Gathering (1993) consists of over 10,000 different playing cards, each of which feature numerous different attributes. In order to successfully play the game, a great degree of combined knowledge is required. Only through the completion of the game of progression, that is the acquisition of system-level knowledge, is the game of emergence even possible. Even if one knows all the cards as well as the general trends in the game’s rules, that still does not mean that one can play Magic well. Yet this is the prerequisite for developing any strategies whatsoever.

Furthermore, most – but not all – computer-based games are not classic games, because it is fundamentally unclear if internal rule systems are at play. Nevertheless, only with a glance at the real rule system – likely the program code itself – is it clear what kind of game it actually is. Instead of building a traditional differentiation, such as parlor games vs. computer games, it seems more productive to fall back on the difference between progressive and emergent games, such that the concept of emergence at play here corresponds with the explicitness of the rules themselves.

Translated from the German by Evan Torner

Kelvin Autenrieth, MA is an independent game designer, researcher, lecturer, speaker and educational consultant. His work on game design focuses on location-based games, transmedia games, educational games and games based on new technologies. His 2011 master’s thesis on rules and mechanics in classical games received an award from the German Association for Simulation and Gaming (SAGSAGA).