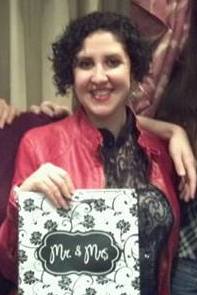 Katherine Castiello Jones is a Ph.D. candidate in the Sociology department at the University of Massachusetts Amherst, where she has also completed a graduate certificate in Advanced Feminist Studies. Her interest in role-playing started in college with a game of Call of Cthulhu.  Moving from player to game master and designer, Jones has been active in organizing Games on Demand as well as JiffyCon. She has also written and co-authored several live-action scenarios including All Hail the Pirate Queen!, Revived: A Support Group for the Partially Deceased,  Cady Stanton’s Candyland with Julia Ellingboe, and Uwe Boll’s X-Mas Special with Evan Torner. Jones is also interested in how sociology can aid the study of analog games. She’s written for RPG = Role Playing Girl  and her piece “Gary Alan Fine Revisited: RPG Research in the 21st Century” was published in Immersive Gameplay: Essays on Role-Playing Games and the Media.

One thought on “Katherine Castiello Jones”